Click here to edit the Social Media Links settings. This text will not be visible on the front end.

8 Signs Your Home Has a Foundation Problem 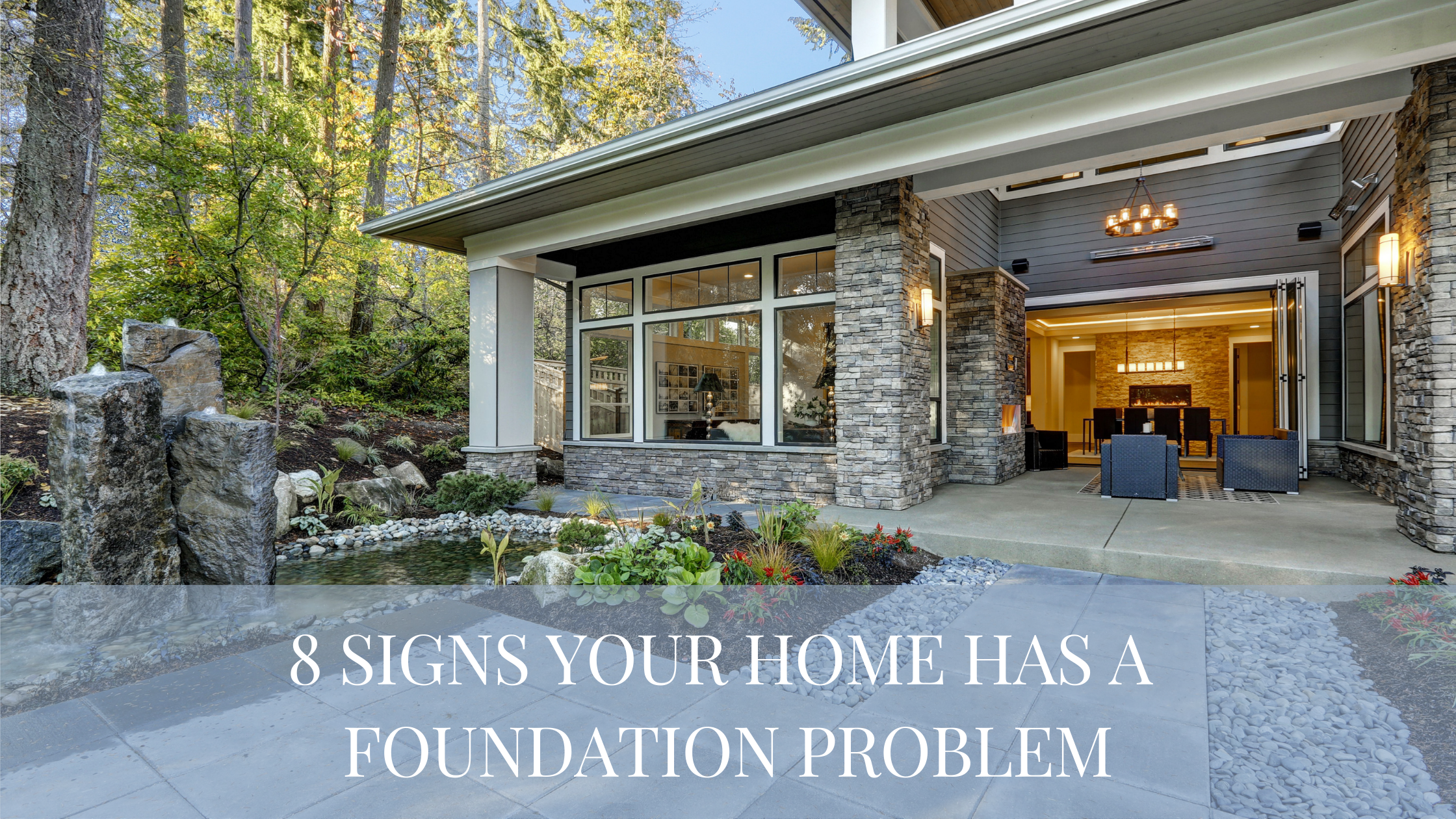 If you’re like most homeowners, you probably don’t think about your home’s foundation until there’s a problem. And by then, it can be too late. Foundation problems can be expensive to repair, so it’s important to know the signs of a problem and take action before it’s too late. Here are eight signs that your home has a foundation problem.

Cracks in the Wall

One of the most common signs of a foundation problem is cracks in the walls both inside and outside the home. These cracks can signal that the foundation is settling or that there is water damage. If you see cracks in your walls, it’s important to have them checked by a professional to determine the cause.

Doors and Windows are Sticking or Unaligned

Gaps Around Doors and Windows

Many homeowners don’t give a second thought to their floors as long as they’re level and provide a comfortable surface to walk on. However, uneven floors can actually be a sign of serious foundation problems. As the soil beneath the foundation settles, it can cause the floors above to become unlevel. In some cases, this can even lead to cracks in the walls or ceiling. If you notice that your floors are starting to feel uneven, it’s important to have a professional inspect your foundation for damage.

A leaning chimney is often the first sign that a home is suffering from foundation problems. The weight of the chimney can cause the foundation to settle, and over time, this can lead to cracks and even collapse. In addition, a leaning chimney can also put stress on the roof, leading to leaks and other damage.

If your basement walls are bowed, it’s a sign that there are foundation problems. The weight of the house is pressing down on the foundation, and the walls are bowing outwards to relieve the pressure. This is a serious problem because it means that the foundation is no longer able to support the weight of the house. Left untreated, bowed basement walls can lead to cracks, leaks, and even collapse.

While mold and mildew are commonly thought of as being nothing more than a cosmetic nuisance, they can actually be a sign of a more serious problem. If left unchecked, mold and mildew can cause extensive damage to the structure of your home. One of the most common places for mold and mildew to take root is in the foundation.

Most people think of water damage as something that happens after a flood or a major leak, but it can also be caused by something as seemingly innocuous as a cracked foundation. When water seeps into cracks in the foundation, it can cause the surrounding soil to expand and pressure to build up against the walls of your home. This can lead to cracks in the drywall, warping of wood beams, and even mold growth. If you notice any water damage in your home, it’s important to have your foundation inspected by a professional as soon as possible to ensure that there is no underlying damage.

Foundation problems can be caused by a number of factors, including poor drainage, leaks, and cracks. If you suspect that your foundation may be damaged, it’s important to have it inspected by a professional as soon as possible. Ignoring the problem will only make it worse and could eventually lead to your home becoming uninhabitable.

Related Articles
Home Maintenance How to Choose the Right Roofing for Your Home With the rise in roofing styles and materials available in the market, it is tough to make the right choice. The cost and durability of the roof play a considerable part in your decision. To help you save your time and money, we’ve curated a list of roofing materials along with their pros and cons. […]
Home Maintenance Don’t Let Tree Roots Destroy Your Home Trees are no doubt one of Mother Nature’s most impressive feats. They provide shade on hot days, act as a windbreak during storms, and help to improve air quality. In addition, trees can also increase the curb appeal of a property and add to its resale value. However, tree roots can cause a lot of […]
Home Maintenance How to Fix Five of the Most Common Bathroom Problems Are you dealing with a clogged drain, a leaky faucet, or another bathroom issue? If so, don’t despair! Fixing these problems is actually much easier than you might think. Read on for tips on how to take care of five of the most common bathroom problems.   Clogged Showerhead A clogged showerhead can be a […]

Thank you for your inquiry.